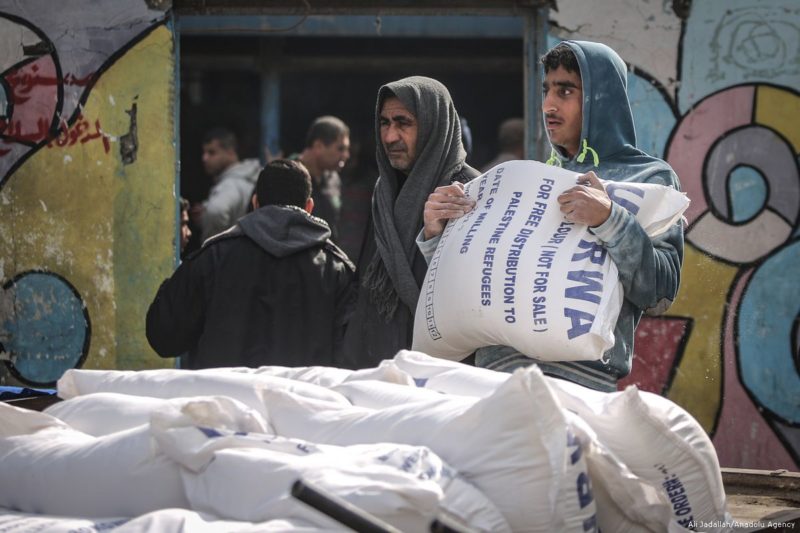 The Swiss foreign ministry has lifted its temporary freeze on payments to the UNRWA, the UN agency providing support for Palestinian refugees.

Switzerland had suspended payments to UNRWA in July, following allegations of misconduct among its top management.

On Friday, the foreign ministry confirmed Swiss news reports that it had decided, on December 12, to allocate CHF700,000 to ongoing UNRWA projects and CHF2 million to emergency aid programs in Syria and the occupied Palestinian territories.

“In view of the measures taken and the confirmation by the UN Secretary-General [Antonio Guterres] that no donor funds were misappropriated, the Swiss Agency for Development and Cooperation (SDC) decided to resume payments,” a Swiss foreign ministry spokesperson told swissinfo.ch.

Switzerland has been a member of the agency since its beginning in 1949 and had already allocated CHF22.3 million before the summer freeze, Days of Palestine further reports.

In July, a confidential report by the UNRWA’s ethics office alleged cases of mismanagement and abuse of power by a small group of senior officials who had allegedly circumvented UN control mechanisms.

Some of those allegations targeted UNRWA Commissioner-General Pierre Krahenbuhl, a Swiss national in charge at UNRWA since 2014, but he roundly rejected the charges and claimed that the investigation at the agency had cleared him of the accusations.

But, he eventually resigned in November 2019, saying he had been a victim of serious political attacks. He referred specifically to undue pressure from a UN official in May, and hinted that this was part of a concerted effort to undermine the UNRWA.

However, the UNRWA continues to enjoy wide support from other countries. On December 13, the UN General Assembly overwhelmingly renewed its mandate for another three years by 169 votes in favor and nine abstentions, while the US and Israel voted against.

The UNRWA provides education, health, housing and relief services to more than five million registered refugees in the West Bank, Gaza Strip and east Jerusalem, as well as in neighboring countries Jordan, Lebanon and Syria.

The agency has faced budgetary difficulties since last year, when the US – its biggest donor – halted its aid of $360 million per year. The US and Israel has been for a while trying to undermine its work as part of their efforts to end the issue of Palestinian refugees.