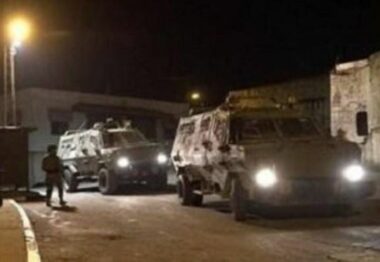 In addition, the soldiers abducted Ahmad Affana from his home in Abu Dis town, southeast of Jerusalem.

The army also abducted a young man, who remained unidentified at the time of this report, after stopping him near Qalandia terminal north of Jerusalem.

In related news, the soldiers invaded Jenin city, in northern West Bank, before storming and ransacking a home, owned by Mo’taz Badawi, and interrogated him along with his family.

On Monday evening, the soldiers invaded Faqqu’a village, east of Jenin, before stopping and interrogating many Palestinians while inspecting their ID cards.