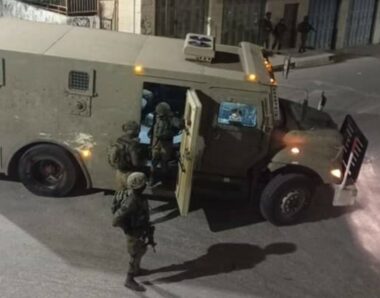 Israeli soldiers abducted, on Monday at dawn, five Palestinians, including two siblings, from their homes in Biddu village, northwest of occupied East Jerusalem, and summoned twenty young men for interrogation.

The soldiers also summoned twenty young men for interrogation, after invading and searching their homes, in addition to searching large areas in the town.

It is worth noting that, on Sunday at dawn, the soldiers killed five Palestinians; three from Biddu town and were killed in the al-Ein area in Beit Anan nearby town, and two near Jenin, in northern West Bank.

On Sunday at night, the soldiers abducted a young Palestinian man from Arraba town, southwest of Jenin, and confiscated his car, after stopping him at a military roadblock.