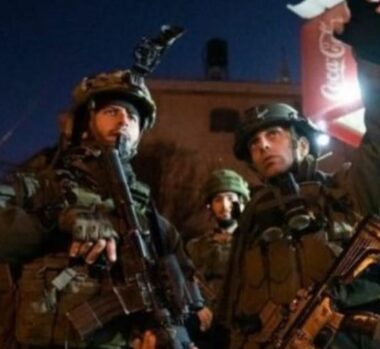 Media sources said the soldiers abducted Abada Najeeb after storming and ransacking his home near the Al-Aqsa Mosque, in Jerusalem, and took him to an interrogation facility.

Furthermore, the soldiers abducted a young man, identified as Hamza Mahmoud Hamdan, from the al-Khader town, south of Bethlehem, after stopping him at a military roadblock on the western entrance of Beit Jala city, west of Bethlehem, and also confiscated his car.

In Hebron, in southern West Bank, the soldiers abducted Mohammad Zein at-Teety, from his home in Dahiat al-Baladiyya, in the southern part of the city, causing damage.

It is worth mentioning that, on Wednesday evening, undercover Israeli soldiers abducted a young man at the Za’tara military roadblock, south of the northern West Bank city of Nablus, and took him to an unknown destination.