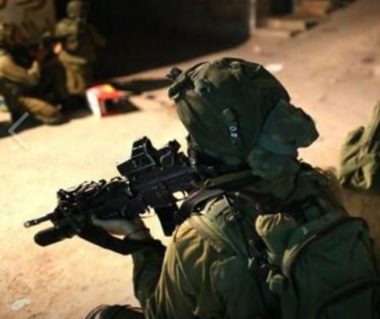 Israeli soldiers abducted, on Thursday at dawn, one Palestinian in Bethlehem, and two others in Hebron, in the occupied West Bank, after the army invaded and searched several homes.

They added that the soldiers also invaded the nearby villages of Harmala, Hindaza, and Rakhma, near Bethlehem.

Several Palestinians protested the invasion, and hurled stones at the army jeeps, while the soldiers fired gas bombs and concussion grenades at them and surrounding homes.