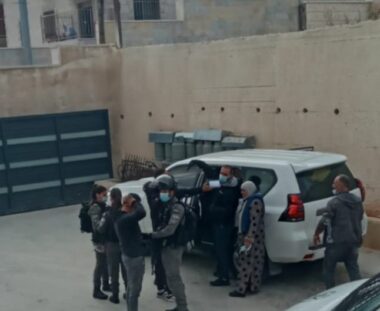 Amjad Abu Assab, the head of the Jerusalem Detainees’ Parents Committee, said the soldiers and security officers invaded the family home of Mohammad Eid Mashahra, and searched it, before abducting him and his wife Khitam.

Furthermore, the soldiers abducted a young man, identified as Jihad Qous, from Bab al-Majles (Council Gate) area in the Old City, and moved him to an interrogation facility.

On Sunday at dawn, the soldiers abducted two young Palestinian men, including a former political prisoner, from Bethlehem and Jerusalem, in the occupied West Bank.