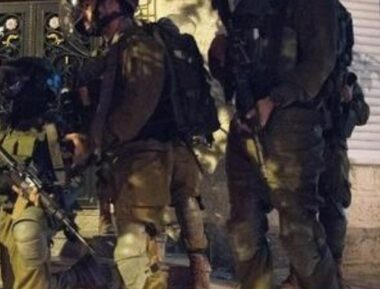 The soldiers invaded Qalqilia city before storming and ransacking homes and abducted Wisam Ezzeddin Silmi and Thabet Thabet; the two are in their twenties.

The soldiers also abducted Saber Mohammad Zama’ra in the Bab al-Amoud area in occupied Jerusalem while leaving the Al-Aqsa Mosque.

The Palestinian is from Halhoul town, north of the southern West Bank city of Hebron.

On Wednesday night, the soldiers abducted a young man after stopping him at the al-Jalama military roadblock northeast of Jenin in the northern West Bank.