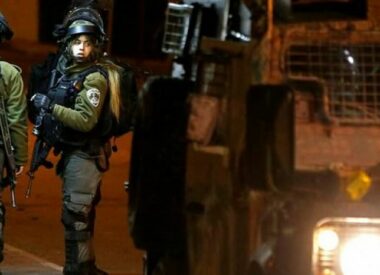 Several army vehicles invaded Halhoul town, north of the southern West Bank city of Hebron, and abducted a young man, identified as Moheeb Karja, after stopping him at a military roadblock at the entrance of the town.

The soldiers also detained a young woman, identified as Soja Borqan, near the Ibrahimi Mosque in Hebron city, and released her after interrogating her for about an hour.

In Nablus, in northern West Bank, the soldiers abducted Salem Dweikat, from Beita town, south of the city.