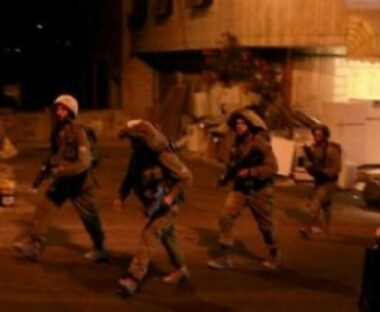 Local sources said the two young men were walking near the main road of Shu’fat when the soldiers stopped them and took them to an interrogation facility in Neve Yaakov illegal colony.

They added that the abducted young men have been identified as Sami Abu Khdeir, 21, and Laith Abu Khdeir, 20.

On Wednesday evening, the soldiers abducted a young man after assaulting him, in Bab al-‘Amoud area, and in two Qalandia refugee camp, in occupied Jerusalem.