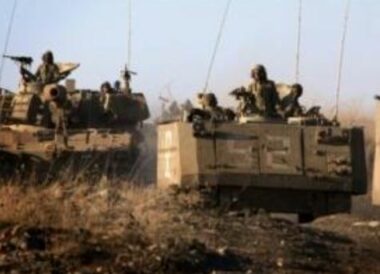 Eyewitnesses said the army advanced dozens of meters into farmlands close to the fence, east of Wadi al-Salqa town, east of Deir al-Balah and bulldozed them.

The soldiers installed sandhills in areas close to the fence, and fired several smoke bombs, before withdrawing.

The army frequently invades Palestinian farmlands near the perimeter fence along the eastern border of the besieged Gaza Strip, in addition to repeatedly attacking farmers and workers, in addition to fishermen in Gaza territorial waters.