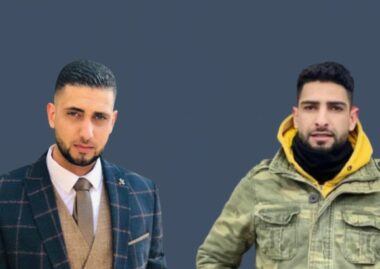 On Monday dawn, Israeli soldiers abducted two Palestinian siblings after surrounding their home in Silwad town, east of Ramallah, in the central part of the occupied West Bank.

Media sources said many army jeeps invaded Silwad before the soldiers surrounded a home and used loudspeakers to demand the family to leave.

The soldiers stormed, searched, and ransacked the property, causing damage, before abducting Salem Mohammad Ajarma and his brother, Sameh.

It is worth mentioning that the army abducted 464 Palestinians, including seventy children and eight women, in June, in several parts of the West Bank.

Last year, the soldiers abducted about eight thousand Palestinians, including 1300 children and 184 women.

According to data documented by the Ad-Dameer Prisoner Support and Human Rights Association, the current number of Palestinians imprisoned by Israel is 4700, including thirty-two women, 170 children, and 640 held under arbitrary Administrative Detention orders without charges or trial.