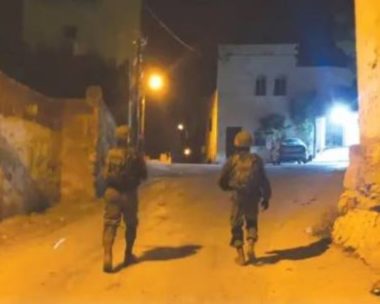 They added that, during the searches, the soldiers abducted a young man, identified as Mustafa ‘Aassi, 19.

In addition, the soldiers abducted a young man, identified as Ahmad Ali Wahdan, after stopping him at a sudden military roadblock, near Nablus city, in northern West Bank.

The abducted Palestinian is from Jenin refugee camp, in the northern West Bank city of Jenin, and is the brother of two political prisoners, identified as Mahmoud and Sa’id.

In addition, the army ordered six young Palestinian men from occupied Jerusalem, under a nightly house arrest for “participating in protests.”

They have been identified as Saleh Abu Assab, Anwar Obeid, Nidal Ghanem, Fayez Mheisin, Mohammad Oleyyan, and Mohammad Mustafa, after they were summoned for interrogation.

In related news, the soldiers abducted a Palestinian man from his home in Bani Neim town, east of Hebron, in the southern part of the occupied West Bank. 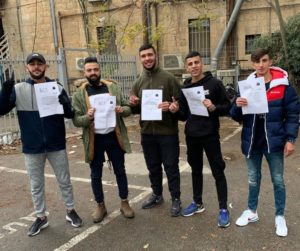