Soldiers Assault A Palestinian, Injure Him In The Eye And Face, In Jerusalem 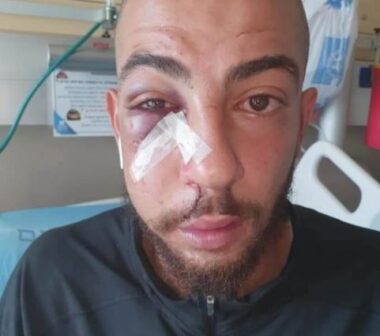 Israeli soldiers attacked, Thursday, a young Palestinian man from occupied Jerusalem, causing an injury in the retina of his right eye, and facial fractures.

Eyewitnesses said the soldiers stopped the Palestinian, identified as Yousef Tareq Darwish, in the al-Isawiya town, north of Jerusalem, and assaulted him while inspecting his ID cards.

They added that the soldiers repeatedly attacked the young man, striking him mainly on the head and face, causing fractures, and an injury to the retina of his right eye.

The young man was not taken prisoner by the soldiers, and Palestinian medics were called by the residents to the scene before rushing him to a Palestinian clinic.