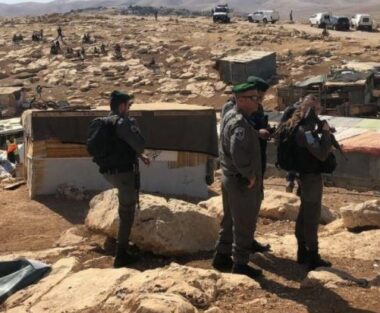 Human rights activist Aref Daraghma stated that the soldiers started taking pictures of many structures in the village, an issue that raised concerns among the Palestinians, especially since such measures are followed by demolition orders.

It is worth mentioning that, earlier this month, the soldiers invaded the village and demolished two homes, owned by siblings.

It is worth mentioning that Khirbat Yizra is subject to frequent Israeli military invasions and demolitions of homes and structures, in addition to constant assaults by colonialist settlers who attack the villagers, the shepherds, and their livestock.