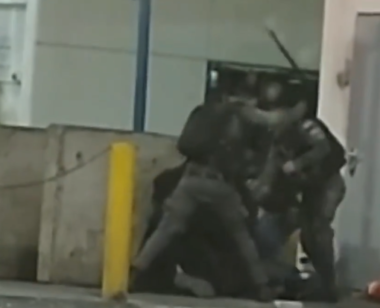 Israeli soldiers assaulted, Sunday, three Palestinian workers near a military roadblock, southwest of Jenin, in the northern part of the occupied West Bank.

They added that the soldiers assaulted the workers near a breach in a section of the illegal Annexation Wall, close to Barta’a military roadblock.

Palestinian medics rushed to the scene and moved the three Palestinians to Khalil Suleiman Hospital, in Jenin city.

These assaults are part of a series of Israeli violations and attacks targeting Palestinian workers, and farmers, on lands near the illegal Annexation Wall in Jenin, and several other parts of the occupied West Bank.