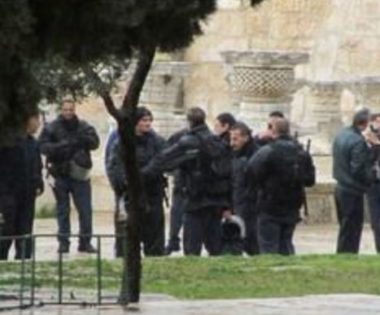 Israeli soldiers assaulted, Thursday, three young Palestinian men, and abducted them, in the al-Waad Street, in the Old City of occupied East Jerusalem.

They added that the soldiers assaulted the three Palestinians, and were hurling insults at them, leading to a scuffle, before they were detained.

On Thursday at dawn, the soldiers abducted five young men from their homes in the Jenin and Hebron governorates, in the northern and southern parts of the occupied West Bank.