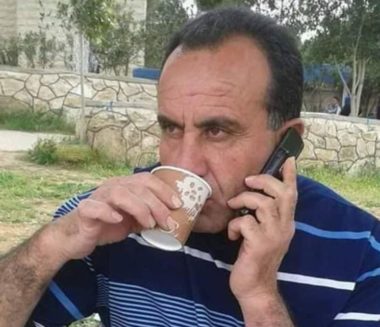 Israeli forces exiting the city of Hebron after a massive demolition campaign before dawn on Thursday struck a Palestinian car in which a Palestinian father and son were driving, killing the father and severely injuring the son.

Mohammad Nassar Al-Nawajaa, 56, from Yatta city, south of Hebron, was killed and his son Thaer was moderately injured before dawn on Thursday morning after their vehicle was hit by an Israeli military bulldozer in the Farsh Al Hawa area on the road leading to Taqoumia town, west of Hebron.

The slain man and his son were driving to work in Jerusalem when their car was struck by the Israeli bulldozer.

The Israeli military bulldozer that struck their car was returning, along with the army jeeps, to a nearby military base, after demolishing four Palestinian homes in Beit Kahil, north of Hebron.

The demolished homes are owned by the families of four detainees, identified as Hamad Aref Asafra, his brother Qassem Saleh Asafra, in addition to Nasseer Saleh Asafra and Yousef Atiya Zohour.

The Israeli army claims that the four were involved in killing an off-duty soldier, identified as Dvir Sorek, 19, near the illegal Migdal Oz colony, in the occupied West Bank, on August 9th 2019. Israeli sources said Sorek was part of a program that combines Torah studies and military service.

Israeli military vehicles, including the armored Caterpillar D-9 bulldozers, frequently speed through Palestinian areas, and have on numerous occasions killed and injured Palestinian civilians in this way. 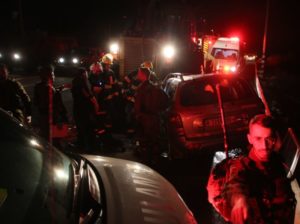