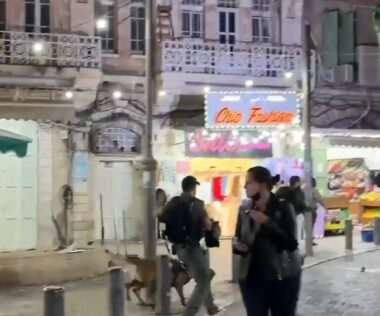 Israeli soldiers attacked, on Saturday evening, many young Palestinian men, and abducted four, in Bab al-Amoud, and Silwan, in the occupied Palestinian capital, Jerusalem, in the West Bank.

They added that the soldiers abducted four of the young men, and took them to a nearby detention and interrogation facility.

The soldiers also chased many Palestinians in Sultan Suleiman Street after forcing them to leave Bab al-Amoud.

The army fired many gas bombs and concussion grenades at the Palestinians before many military jeeps invaded the town.

Some protesters managed to damage surveillance cameras in the area during the protests.