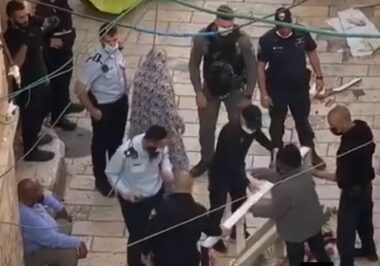 Israeli soldiers attacked, on Wednesday morning, many Palestinian street vendors, and confiscated their goods, in the Old City of the occupied Palestinian capital, Jerusalem.

They added that the soldiers confiscated the goods of the street vendors before forcing them away.

The attack is part of the constant violations against the Palestinians in occupied Jerusalem, especially in the Old City and its surrounding areas.

The soldiers frequently stop, search, abduct and interrogate the Palestinians while entering or leaving the Old City, and the Al-Aqsa Mosque, in addition to constant extensive military deployment in the entire area.