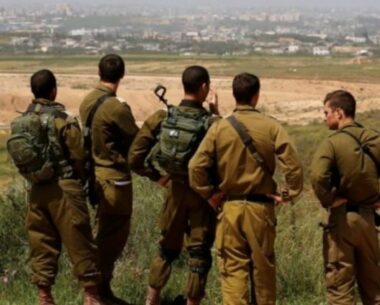 Israeli soldiers fired, on Wednesday morning, many rounds of live ammunition at Palestinian shepherds near Khan Younis, in the southern part of the besieged Gaza strip.

Eyewitnesses said the soldiers, stationed across the perimeter fence east of Abasan al-Kabeera town, fired many live rounds at the shepherds, forcing them to leave their lands.

The shepherds were on Palestinian lands near the perimeter fence and did not even approach it when the soldiers targeted them.