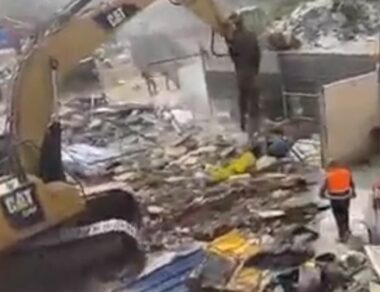 Jamil Abu al-Hummus, said the soldiers and personnel of the City Council in occupied Jerusalem, accompanied by bulldozers, invaded the town, and demolished three structures.

He added that the structures are in the areas of az-Za’roura and Habayel al-Arab, in the town.

Abu al-Hummus stated that, besides demolishing his two buildings, the soldiers also destroyed another structure, owned by Darwish Darwish and Majed al-Mazra’awi, under the pretext of being constructed without permits.

Abu al-Hummus added that his buildings were two warehouses for car parts, while the structure, owned by the two other Palestinians, consisted of two rooms and a car repair facility.

The demolition orders were issued some weeks ago, and the families tried to appeal but their applications were denied.