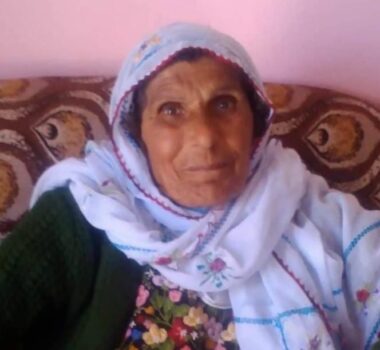 An elderly Palestinian woman was killed, on Wednesday morning, after being rammed by the speeding vehicle of an illegal Israeli colonialist settler at the western entrance of the Sammoa’ town, southwest of the southern West Bank city of Hebron. They added that an Israeli ambulance was called to the scene before the medics rushed her to Soroka Medical Center in Beersheba (Be’er as-Sabe’), where she succumbed to her serious wounds.

It is worth mentioning that Shafiqa is the sixth Palestinian to be killed by Israelis this year.

On Friday, February 12th, 2021, a Palestinian man, identified as Bilal Shehada Bawatna, 52, was killed and two were injured, after being rammed by an illegal Israeli colonist’s car, while participating in a nature walk activity in the Northern Plains of the occupied West Bank.

On February 10, a Palestinian man, identified as Azzam Jamil Amer, from Kafr Qalil village near Ramallah, was killed after being rammed by an Israeli colonists’ car near Salfit, in central West Bank.

On January 31, the soldiers shot and killed Mohammad Hussein Amro, 35, from Halhoul, north of the southern West Bank city of Hebron,

On January 26, the soldiers shot and killed Atallah Mohammad Rayyan, 17, near Salfit in central West Bank.

On January 11, the Israeli police killed Bashar Zubeidat, 18, during a protest against police violence near Haifa.