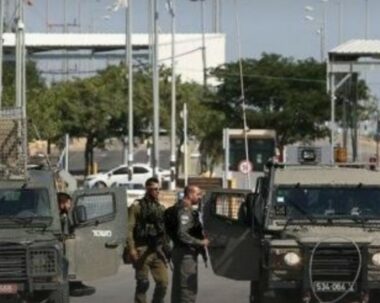 On Thursday evening, the Israeli army decided to close the major Salem military roadblock, west of the northern West Bank city of Nablus, until further notice and invaded many homes in a nearby village before storming and ransacking homes and stores and confiscating surveillance recordings and equipment.

The soldiers shut the roadblock down, causing a traffic jam extending hundreds of meters, before stopping and searching dozens of cars.

The army then informed the Palestinians that the military roadblock would remain closed until further notice without providing any additional details.

Furthermore, several army jeeps invaded Rommana village, west of Jenin, and installed many roadblocks on its entrances and various inner streets before storming and ransacking many shops and homes.

During the invasions of the shops and homes, the soldiers interrogated many Palestinians and confiscated surveillance equipment and recordings.