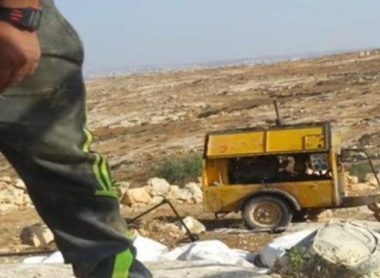 Media sources in Hebron said the soldiers invaded Susiya village, in Masafer Yatta, and confiscated the equipment, before taking them to an unknown destination.

The confiscated equipment is owned by a local resident, identified as Husam Na’im Hamamda, who was working on a project on a land owned by Farid Ahmad Jabour.

The attack took place after many soldiers surrounded the area, which is subject to frequent violations, and invaded it.