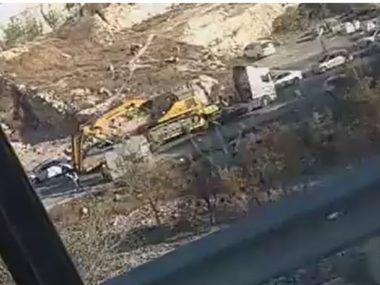 The sources added that the soldiers surrounded the entire area of the property, and prevented the Palestinians from entering or leaving it, before demolishing the property under the pretext of being built without a permit.

Israel’s policy of home demolitions is illegal under International Law, and constitute a grave violation of various international treaties, especially since they constitute collective punishment that targets entire families.

It is worth mentioning that the soldiers also demolished two homes in Hebron, in the southern part of the West Bank.