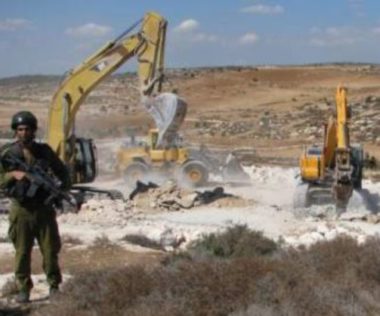 Resident Khaled Khanna, said dozens of soldiers, accompanied by bulldozers, invaded the refugee camp and demolished his home and the home of his brother, Nabil.

He added that the demolished properties are in the al-Bass area and were 200 square/meters each.

The demolition orders were issued a year ago, and the two siblings have been filing appeals with Israeli courts but to no avail.

The Israeli army is claiming that the two homes were not licensed by the so-called Civil Administration Office, the administrative and executive branch of Israel’s illegal military occupation of Palestine.