Soldiers Demolish A home Near Nablus 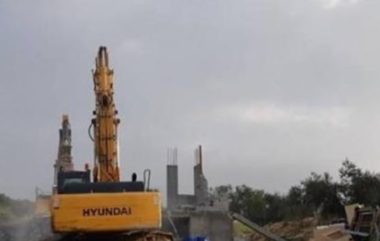 Israeli soldiers invaded, on Thursday at dawn, the village of Burqa, north of the northern West Bank city of Nablus, and demolished a two-story home.

Media sources said the soldiers, accompanied by bulldozers, invaded the al-Mas’udiyya area in Burqa village, and demolished the home of Moshir Suleiman Saif.

Ghassan Daghlas, a Palestinian Authority official in charge of Israeli colonies file in northern West Bank, said the soldiers demolished the home “for being built without a permit, in Area C” of the occupied West Bank.

Daghlas added that the owner did not receive a prior notice for the demolition of his property.

Also at dawn, the army invaded Kobar village, north of the central West Bank city of Ramallah, and demolished a home owned an imprisoned father, who was abducted with his son in December of last year, and is also the father a young man, who was killed by the army on December 12th, 2018.

The army claimed the properties were built without a permit from the “Civil Administration Office,” the administrative branch of Israel’s illegal occupation in the West Bank.