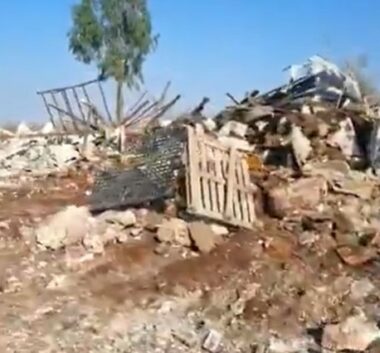 Fuad Al-Amour of the Protection and Steadfatnes Committee in Southern Hebron said the soldiers invaded the Tal Ma’in area in the Al-Karmel town and used bulldozers to demolish an agricultural room owned by Ayed Ali Hamada.

He added that the soldiers also invaded the at-Tiwana village and demolished a barn owned by Nasser Al-Adra.