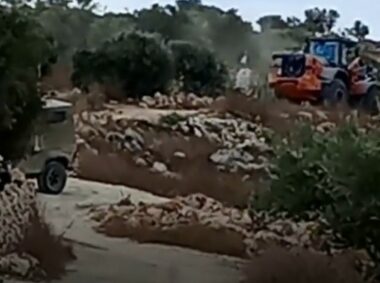 Media sources said the soldiers invaded the Wad As-Safar area, surrounded by the illegal Annexation Wall in Ethna, and isolated it.

The demolitions caused damage to surrounding trees and lands before the soldiers withdrew from the area.

In related news, the Israeli soldiers demolished a mosque in the Khallet Taha Palestinian village near Hebron.