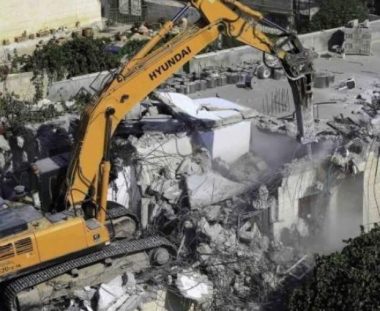 Hasan Breijiyya, the coordinator of the Popular Committee against the Wall and Colonies, said a large military force invaded the area, and demolished the two residential buildings, under the pretext of being constructed without a permit from the Israeli side.

He added that each building had three stories, and that the buildings and their lands, are owned by Walid Zreina and Issa Awad.

Breijiyya denounced the demolitions, and said that many Palestinian homes and buildings are in that area, which is repeatedly targeted by the military, as the Jerusalem City Council is trying to confiscate and annex it, for the illegal construction and expansion of its colonies. 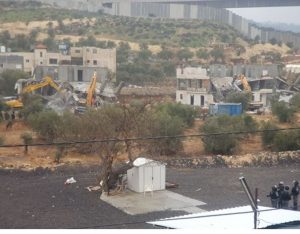