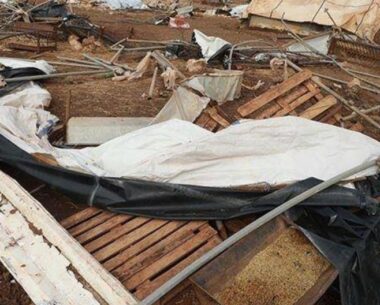 Several army jeeps and bulldozers invaded the Dyouk at-Tahta village, west of Jericho in the northeastern West Bank, and demolished a wall surrounding the home of a Jerusalemite Palestinian, Khalil Affana.

The soldiers also demolished a small shed owned by Affana; the demolitions came only three days after the army issued the demolition orders allegedly for being built without permits.

Essam Samrat, the Secretary of the Fateh Movement in the Dyouk at-Tahta, said the area is subject to constant Israeli violations, including the attempt to confiscate the Palestinian lands to benefit the illegal Israeli colonies.

Also, the soldiers demolished a shed owned by Ayman Gharib in Tammoun town, south of Tubas. The shed, used for selling melons, was approximately 30 square/meters.