Soldiers Abduct 21 Palestinians, Cause others to Suffocate on Teargas 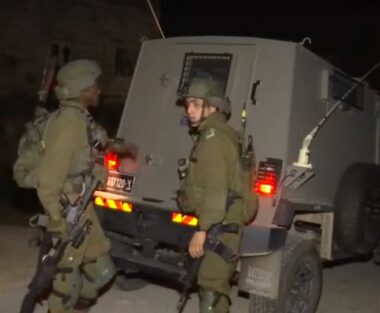 More Palestinian civilians were detained from their homes in the northern West Bank governorates of Jenin, Nablus, and Qalqilia.

In the southern West Bank, the army detained a Palestinian teenager, after storming his family home in the village of Beit Fajjar, south of Bethlehem city.

In the occupied city of East Jerusalem, soldiers detained eleven young men from their homes in the Shu’fat refugee camp.

The PPS said large groups of soldiers invaded the Jenin refugee camp, in addition to Tubas city, which led to confrontations between the occupation army and Palestinian civilians.