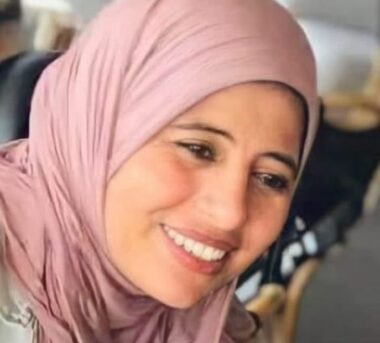 Israeli soldiers abducted, on Monday evening, two Palestinian women and an elderly man from the West Bank governorates of Bethlehem and Hebron.

The soldiers abducted Shireen al-A’raj, 49, in front of the District Court in occupied Jerusalem, after she was summoned for a court hearing.

The woman, from the al-Walaja village, west of Bethlehem, was ordered to appear in court after she returned to the West Bank despite an order banning her from entering the occupied territory for five years.

It is worth mentioning that Shireen is the aunt of Bassel al-A’raj, 31, who was killed by Israeli army fire on March 6, 2017.

Furthermore, the soldiers invaded Khashm ad-Daraj area, in Yatta town, south of the southern West Bank city of Hebron, before abducting an elderly man, identified as Mohammad Daoud al-Hathalin, in addition to a young woman who remained unidentified at the time of this report.

It is worth mentioning that approximately 1200 Palestinians live in Khashm ad-Daraj, and face difficult living conditions due to continued violations by Israeli soldiers, and the illegal colonialist settlers who frequently uproot their lands, and attack their cattle.

Earlier Monday, the soldiers abducted two Palestinians from Hebron, in southern West Bank, including one who was taken prisoner near Nablus, in the northern part of the occupied territory.

On Monday at dawn, the soldiers abducted eight Palestinians from the West Bank governorates of Ramallah and Bethlehem.