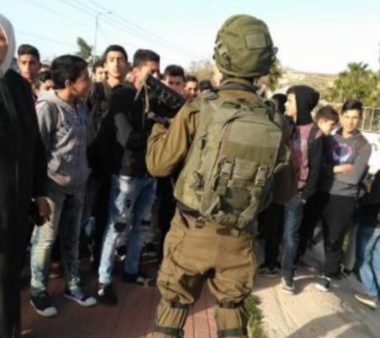 Morad Abu Mfarreh, a teacher at Teqoua’ Secondary School in Teqoua’ town, south of Bethlehem, said the soldiers collected the fingerprints of the children using a mobile device.

Abu Mfarreh strongly denounced the violation against the children and their fundamental rights, especially since the military has no right to be collecting the children’s personal information and their fingerprints.

It is worth mentioning that Teqoua’ has been subject to frequent invasions by the soldiers, in addition to repeated attack by the illegal colonialist settlers.