Soldiers Fire Concussion Grenades In A Palestinian Hospital In Tulkarem 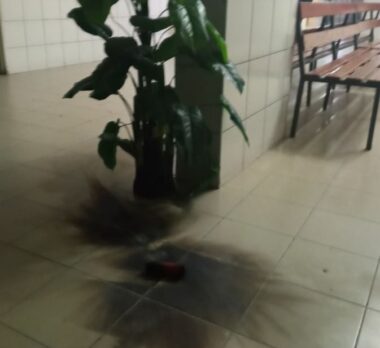 Dr. Haitham Shadeed, the director of the hospital, said the soldiers invaded the external area of the hospital approximately at 3:30 at dawn, before storming the main floor of the medical facility.

He added that the soldiers fired several concussion grenades into the reception area, and the Emergency Unit, causing anxiety attacks among many patients, doctors of workers.

The invasion into the hospital was carried out simultaneously as the soldiers stormed the city, Tulkarem refugee camp, and Ektaba area, in the eastern part, before breaking into and ransacking many stores.

The Palestinian Health Minister, Dr. Mai al-Kaila, strongly denounced the invasion and the firing of the concussion grenades into the hospital, and added that these attacks violate various international treaties and the Geneva Conventions.

Video Of The Hospital Attack – The Palestinian Health Ministry

She also called on the international community to intervene and stop the escalating Israeli violations and crimes.

Dr. al-Kaila stated that, in less than three months, the soldiers fired missiles into the ad-Dorra Palestinian hospital in Gaza, in addition to invading Thabet Thabet hospital and Palestine Medical Complex in Ramallah.

She said that, while the patients were not physically harmed in the latest invasion, many of them, especially the children, including babies, suffered serious anxiety attacks.

“While our medical teams are fighting the coronavirus in all hospitals and medical centers, Israeli occupation forces continue to add more suffering to the Palestinian people,” Dr. al-Kaila stated, “We have to face and counter two vicious enemies nowadays, the illegal occupation and the coronavirus.”

It is worth mentioning that the Palestinian Health Ministry has reported that, when the soldiers attacked the hospital, 81 patients were receiving treatment, including 10 premature babies in incubators, 7 Palestinians in intensive care, 5 children in the pediatric section, 13 women in delivery rooms, in addition to 39 staffers, including doctors and nurses.