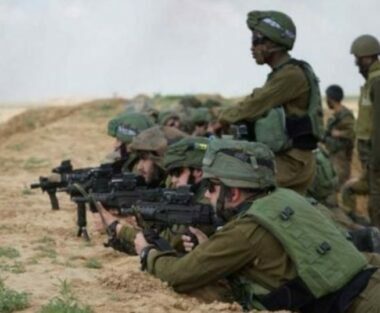 On Friday at night, Israeli soldiers fired many live rounds into Palestinian lands in the central and southern parts of the Gaza Strip.

The soldiers also fired live rounds into the Al-Wadi area, east of the al-Qarara town, north of Khan Younis, in the southern part of the Gaza Strip.

The attacks are part of constant Israeli violations against the Palestinians in the besieged Gaza Strip.

The invasion is part of frequent Israeli violations against the Palestinians, especially the fishermen, farmers, shepherds, and workers in the besieged and impoverished Gaza Strip, and have led to dozens of casualties, including fatalities, in addition to severe property damage and the confiscation of many boats after abducting the fishermen.

On Monday at dawn, Israeli soldiers abducted at least forty-one Palestinians, including siblings and children, and a visually impaired man, after the army stormed and ransacked dozens of homes in several parts of the occupied West Bank, including the occupied capital, Jerusalem.