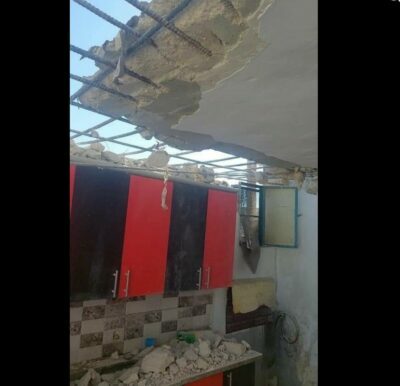 Israeli soldiers forced, on Saturday morning, a Palestinian family to demolish its own home in Wadi al-Jouz neighborhood, in occupied Jerusalem, under the pretext of being built, 40 years ago, without a permit.

Local sources said the soldiers forced the Jaber family to demolish its home, after threatening to impose high fines and fees if the City Council carries the demolition out using its workers and equipment.

The Palestinian family filed various appeals with the city and Israeli courts but were unable to save their home.

This is happening in addition to the complicated procedures the Palestinians have to go through, the very high costs of filing for these construction permits, and the extended periods the residents have to wait, and in most cases, they are denied”