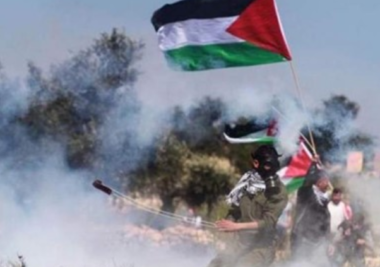 Media sources said dozens of residents held a nonviolent procession at the southern entrance of Jericho city, and chanted against the so-called “Deal of the Century,” the ongoing illegal Israeli occupation, its constant escalations, and its illegal colonialist activities.

They called for the liberation of Palestine, and the establishment of a sovereign contiguous Palestinian state, with East Jerusalem as its capital, and for implementing all related United Nations and Security Council resolutions.

Israeli soldiers resorted to the excessive use of force against the protesters, causing dozens to suffer the effects of teargas inhalation, and abducted two Palestinians, including one from Aqabat Jaber Refugee camp.