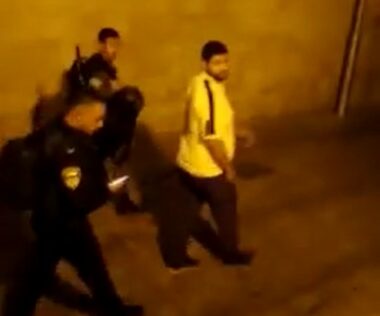 Israeli soldiers injured, on Friday afternoon, many Palestinians near occupied Jerusalem, and abducted a young man in the city.

Medical sources said the soldiers invaded the Breita mountain area, near Beit Duqqu and Beit Ijza towns, northwest of Jerusalem, and attacked protesters, wounding two with rubber-coated steel bullets, and causing many to suffer the effects of tear gas inhalation.

In addition, the soldiers abducted a young man near Bab Hutta, one of the gates leading to the Al-Aqsa Mosque in occupied Jerusalem.

Eyewitnesses said the soldiers took the abducted young man to an interrogation facility in Jerusalem.

In related news, the Israeli police said it detained, over the last twenty-four hours, 694 Palestinians from several parts of the West Bank, for entering and staying in occupied Jerusalem “without a permit,” and released them after forcing them out of the city.