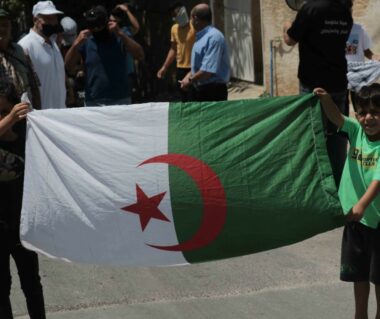 Morad Eshteiwi, the media coordinator of the Popular Committee Against the Annexation Wall and Colonies in Kufur Qaddoum, said the Palestinians marched while chanting against the escalating Israeli violations, including the recent decision to build thousands of colonialist units on stolen Palestinian lands in the occupied West Bank.

He added that the soldiers fired a barrage of gas bombs, concussion grenades, and rubber-coated steel bullets at the Palestinians, causing dozens of injuries, mainly due to the effects of tear gas inhalation. It is worth mentioning that the Palestinians also raised Palestinian and Algerian flags, in solidarity with Algeria facing massive wildfires that have led to massive destruction and dozens of deaths.