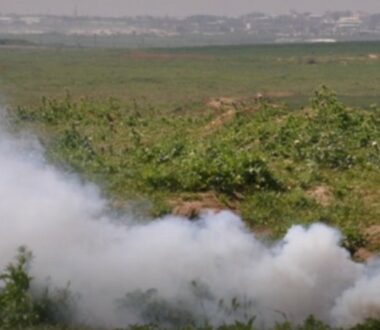 On Saturday evening, Israeli soldiers injured many Palestinians east of Beit Hanoun, in the northern part of the besieged Gaza Strip.

Eyewitnesses said the soldiers fired a barrage of high-velocity gas bombs at dozens of Palestinians while working on their agricultural lands east of Beit Hanoun.

They added that many Palestinians suffered the effects of tear gas inhalation before the medics provided them with needed treatment and moved some of them to a hospital.