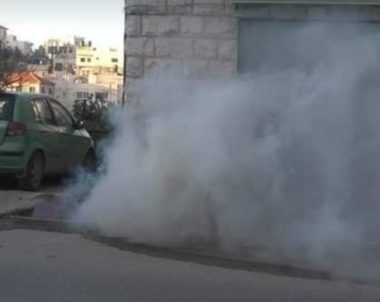 Several armored Israeli military jeeps invaded, earlier Saturday, Beit Ummar town, north of the southern West Bank city of before the soldiers and injured many Palestinians, who protested the invasion into their community.

He added that the soldiers fired gas bombs at homes and the protesters, causing several residents to suffer the effects of teargas inhalation, and others who sustained cuts and bruises.

It is worth mentioning that, on Friday evening, the soldiers abducted a Palestinian child, only nine years of age, identified as Qussai Ibrahim al-Ja’ar, also in the ath-Thaher area, in Beit Ummar town.