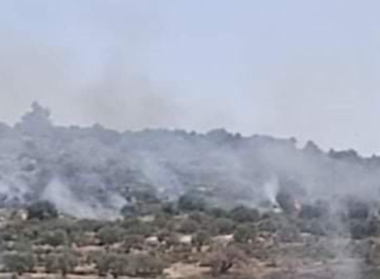 Ahmad Jibril, the head of the Emergency and Ambulance Department at the Palestinian Red Crescent Society (PRCS) said the soldiers shot a young man, identified as Ayman Jaghoub, 22, with a live round in the shoulder.

He added that the young man suffered a moderate injury, and was rushed to Rafidia hospital, in Nablus.

Jibril also said that the soldiers also shot three Palestinians with rubber-coated steel bullets, including a young man who was shot in the neck and was moved to a local clinic.

The Israeli army is trying to stop the ongoing processions carried out by the Palestinians, including nightly protests, which have been ongoing since the illegal Israeli colonialist settlers, occupied the mountain top and installed an outpost in early May of this year.