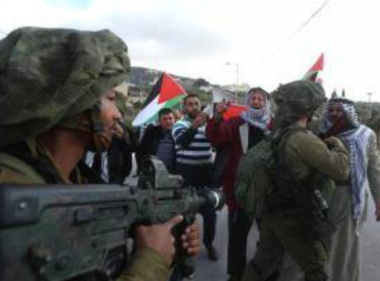 Media sources in Nablus said dozens of Palestinians marched towards the main entrance of the town, while chanting against the ongoing Israeli occupation and escalation, and against the U.S. President’s illegal recognition of occupied Jerusalem as the unified capital of Israel.

They added that the soldiers instantly started firing gas bombs and concussion grenades at the protesters, causing many Palestinians to suffer the severe effects of teargas inhalation.

In addition, the soldiers attacked dozens of Palestinians who marched from al-‘Azza refugee camp, to the northern entrance of Bethlehem city, in the occupied West Bank.