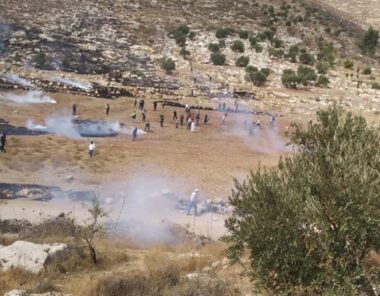 Media sources said the soldiers invaded the center of the town and fired a barrage of gas bombs and concussion grenades at local protesters.

They added that the army has been frequently invades the village due to ongoing protests of Israel’s illegal annexation of Palestinian lands, in the eastern part of the village, to expand illegal colonies.

The latest invasion is believed to be an attempt to prevent the Palestinians from holding the procession during the day.

Locals said the Israeli assailants used chainsaws and other tools in destroying the Palestinian property.