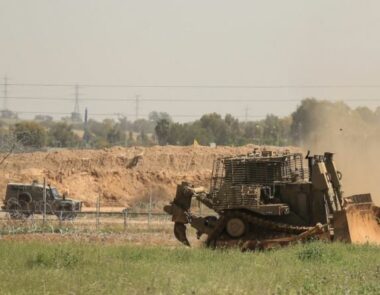 Media sources said the vehicles, including bulldozers, advanced dozens of meters into the lands, east of the al-Fakhari area of Khan Younis, and bulldozed the lands in addition to installing sand hills.

They added that the soldiers fired sporadic rounds of live ammunition, and smoke bombs, during the invasion.

The army frequently invades Palestinian lands across the perimeter fence along the eastern areas of the Gaza Strip, and repeatedly prevents the Palestinians from entering their lands, in addition to opening fire at them to force them away.

Such violations also include targeting the fishermen in Palestinian territorial waters in the coastal region.