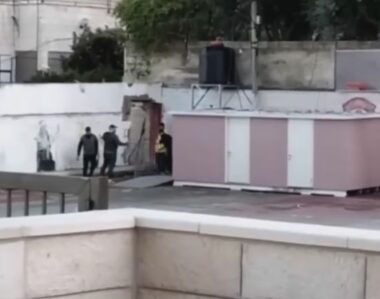 They added that the soldiers also invaded Silwan Club in Ras al-Amoud neighborhood and searched it.

The soldiers also summoned for interrogation the directors of the two clubs and the principal of the school.