Soldiers Invade Silwan And Shu’fat In Jerusalem, Abduct One Palestinian 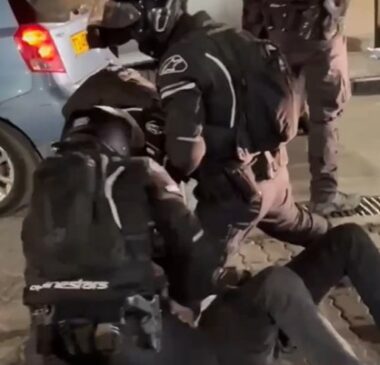 They added that the soldiers, accompanied by tax officers, also ticketed several merchants, and imposed fines on them.

During the invasion, the soldiers closed many allies and isolated the refugee camp, preventing the Palestinians from entering or leaving it.

In related news, the soldiers invaded Ein al-Louza neighborhood in Silwan town, south of the Al-Aqsa Mosque in Jerusalem, and started installing an electronic gate at the Ein Silwan junction, which would lead to isolating it whenever it is closed, for the benefit of the illegal Israeli colonizers, living on stolen lands and buildings in the area.

In addition, the Wadi Hilweh Information Center In Silwan (Silwanic) has reported that the soldiers also abducted a young man, identified as Ali Sofian Obeid, from his work at a gas station in the al-‘Isawiya town, in Jerusalem. Many soldiers attacked the young man and forced him onto the ground before abducting him.

The soldiers also removed Palestinian flags which were raised by the residents on their homes and balconies in Batn al-Hawa neighborhood in Silwan, Silwanic added.