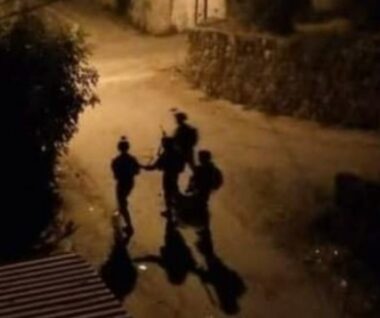 Israeli soldiers shot, Tuesday, a Palestinian teenage boy, and abducted two young men including a former political prisoner, in the al-Am’ari refugee camp, in Ramallah in the central West Bank.

They added that the soldiers shot a boy, 17 years of age, with an expanding bullet in the leg, before he was rushed to a hospital in Ramallah. Many Palestinians suffered the effects of tear gas inhalation.

In addition, the soldiers invaded and searched homes in the refugee camp before abducting Ahmad at-Toukhi and a former political prisoner, identified as Mahmoud ad-Dasht, 21.