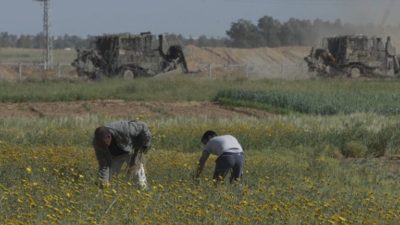 Media sources said the soldiers, stationed across the perimeter fence, fired many live rounds at farmers on their lands, east of Deir al-Balah, in the central Gaza Strip.

They added that the soldiers also fired live rounds at bird hunters, in addition to many farmers trying to reach their lands in the area, and forced them to leave.

In addition, Israeli navy ships opened fire at Palestinian fishing boats only three nautical miles from the shore of the Sudaniyya sea area, west of Gaza city, causing damage to one boat and forcing the fishermen to leave.